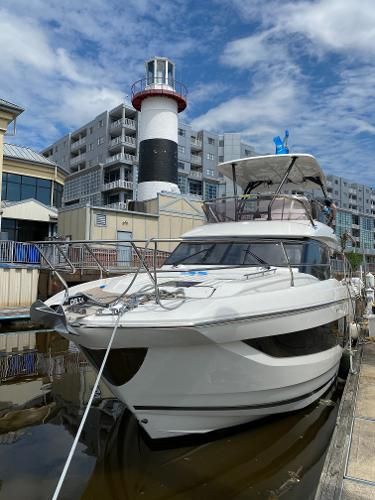 46 m 2008 Astondoa 46 M
13.700.000 EUR  *
France, Frankreich
TM Yachting
This striking superyacht was launched from the Astondoa shipyard in 2008 and has since achieved a successful charter record.  Having undergone a significant refit in 2013, ASTONDOA 46m is pre

46 m 2008 Astondoa PANAKEIA
12.750.000 EUR  *
Nice, Frankreich
Camper & Nicholsons International
This striking superyacht was launched from the Astondoa shipyard in 2008 and has since achieved a successful charter record.  Having undergone a significant refit in 2013, Panakeia is present

34 m 2018 Astondoa 110 Century
8.100.000 EUR  *
Palma de Mallorca, Spanien
Yachts Invest
Built to the highest standards from a reinforced GRP hull and superstructure, the ASTONDOA 110 CENTURY is a modern 33.5m luxury superyacht built by Astondoa in 2018. Her volume is impressive due to he

33 m 2021 Astondoa 110 Century
Santa Pola, Spanien
Astilleros Astondoa, S.A.
The Astondoa 110 Century seaworthy, its power is balanced with grace as one moves from bow to stern with ease, accessing each level of the yacht, enjoying the atmosphere created in each. The outdoor g

32 m 2007 Astondoa 102 GLX
1.990.000 EUR  *
Cannes, Frankreich
G-Yachts
Mashallah was built in GRP by the reputed Spanish shipyard Astilleros Astondoa, with a sportive and elegant design, the motor yacht Mashallah was delivered in late 2007 to her current and unique owner

32 m 2004 Astondoa 102 GLX
2.300.000 EUR  *
Barcelona, Spanien
De Valk Yacht Brokers
This wonderful Astondoa 102 GLX was commissioned by the current owner to the famous Astondoa Shipyard that built it to the highest standards for him. The ship has had from the beginning crew that is i

31 m 2004 Astondoa 102
2.500.000 EUR  *
Torrevieja, Spanien
Boats & Barcos Mediterráneos SL
A truly fantastic example of the Astondoa 102, fully maintained with many upgrades, this vessel is ready to go at any moment as the current owner requires. Five cabins to sleep up to 12 guests with 4

31 m 2020 Astondoa 100 Century
Call
Dubai, Vereinigte Arabische Emirate
Royal Yachting Dubai
CALL FOR PRICE CALL FOR DELIVERY TIME ORDER YOUR NEW ASTONDOA YACHT TODAY!   The Century 100’ is a declaration of principles for the new and updated era adapted to today’s yachts.
*This price is based on today's currency conversion rate.